Duvet vs Duvet Cover: What is the Difference? 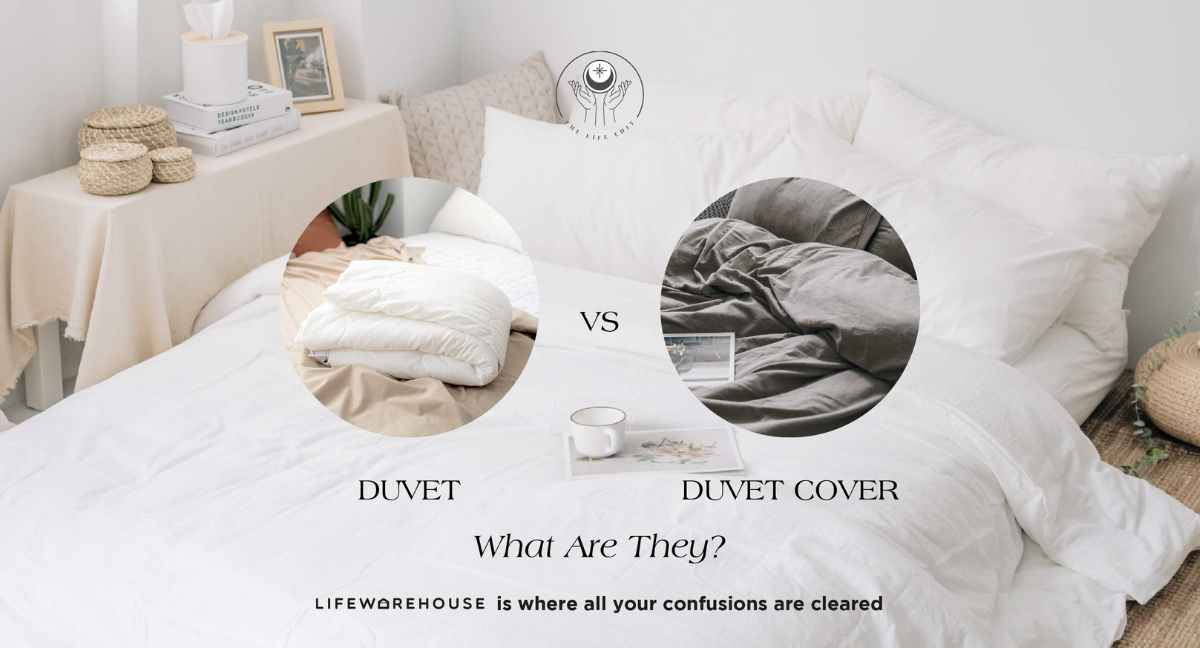 What is a Duvet?

A duvet is made from cloth sewn to form a large bag, then filled with down or other soft materials. A duvet is used as the top layer of bedding to keep the sleeper warm as they rest.

It has become a little harder to define duvet because some use the word interchangeably with comforter. In fact, some dictionaries include the word comforter in the entry, as a synonym. But in fact, the two pieces of bedding are not the same.

The word duvet comes from the french for down, and down is still a very popular filling for duvets. Today, you can still find duvets filled with down as well as other natural choices such as wool or feathers. Alternatively, synthetic fiber duvets offer a hypoallergenic duvet option.

They are typically white, and they are almost always plain, so they won’t show through the duvet cover. 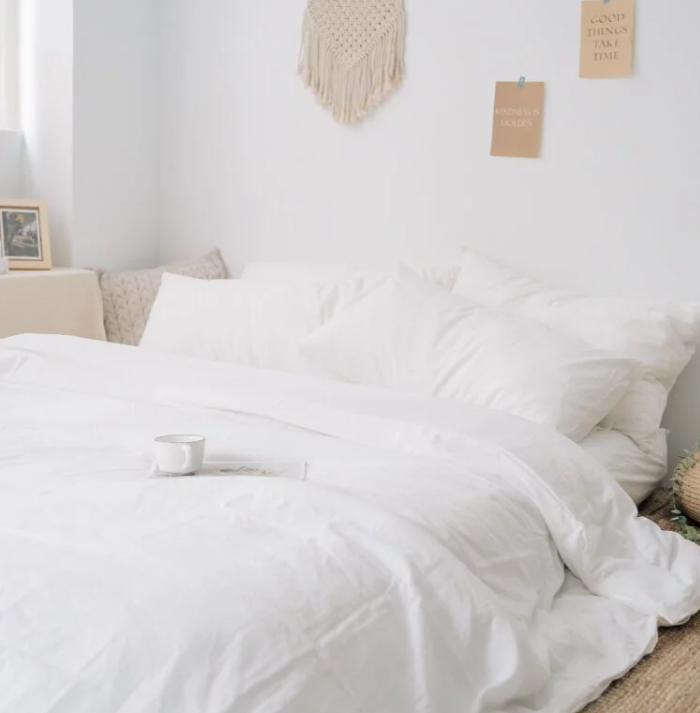 While duvets and comforters are similar, here are some factors to consider.

Duvets tend to be warm but surprisingly lightweight. The duvet cover makes it easier to change bedding looks and styles. You won’t need to wash your duvet very often, just wash the cover regularly. Additionally, duvets tend to be fluffier than comforters, and can simplify bed making if you choose the European style.

Comforters tend to be flatter. They may need to be layered with blankets during colder weather. With no protective cover, they require regular washing. To change the look of your bedding, switch out the entire comforter, as they are made with decorative fabrics and no cover. A comforter is a simple, one-and-done option for those who don’t want a separate covering.

So which is better in the comforter vs. duvet debate? Like most bedding choices, that is somewhat subjective. We prefer duvets for their ease of care and ability to change styles. But many like the simplicity of comforters.

Our advice: choose the bedding that works best for your home and lifestyle, and you can’t go wrong. 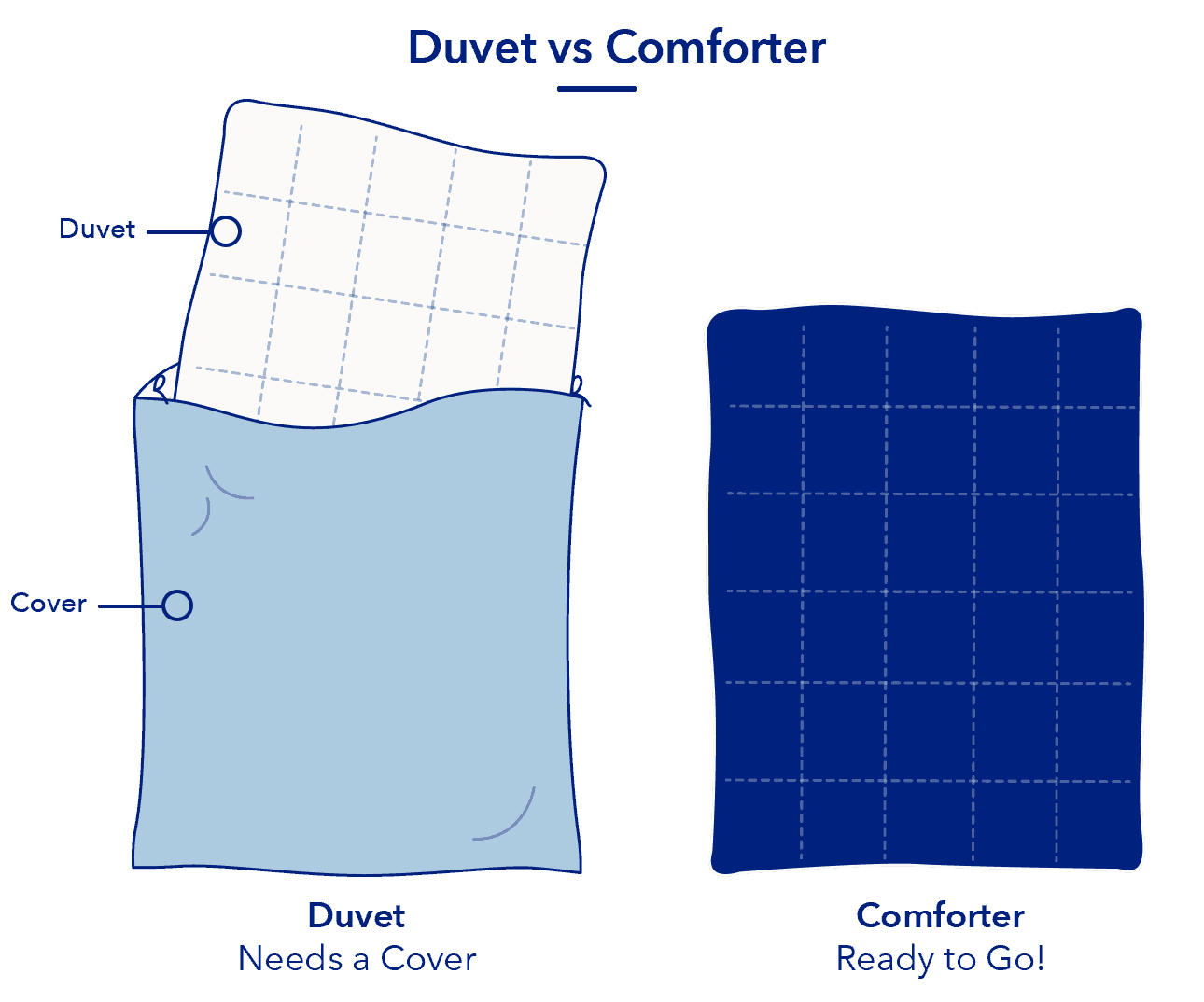 What is a Duvet Cover?

A duvet cover is a protective sleeve that covers your duvet, much like a pillowcase on your pillow. In addition to protecting the duvet, it allows you to easily change the look of your bedding, without having to replace the entire duvet. Duvet covers are easily cleaned, and compact for storage.

Normally they will have zippers or buttons to fill insert in

Some skip the top sheet when making a bed with a duvet, because the duvet cover acts much the same way as a sheet. This is common practice in Europe, where duvets are heavily favored. If you’ve heard someone say they sleep European, this is what they mean!

If you're still undecided what option is going to work best for you try taking some of these points into consideration.

Warmth: Are you a hot or cold sleeper? If you’re a cold sleeper, a duvet may be the way to go, fluffier and heavier, it can keep you warm and comfortable all night long. Comforters are traditionally thinner and you may need additional blankets and bedding during the colder months, however, some find them to be a perfect weight all year round.

Style: If you like to change the look of your bedding or the type of fabric you sleep on often a duvet and duvet cover could be the choice for you. Swapping out a duvet cover is easy and more cost-effective than buying a whole new comforter set and accessories.

Cleaning and ease of use: Duvet covers are nice and convenient when it comes to washing and storing them, but they can be a pain to put on over your duvet. If you prefer minimal set up a comforter might be the smart choice.

Price: Duvets, comforters, and duvet covers come in a range of prices. While at first, a duvet might cost more upfront, using a duvet cover can save you money in the long run. A duvet cover keeps cleaning costs down, extends the life of your duvet, and gives you the ability to change your style by only replacing a cover. A comforter/comforter set could save you in the beginning but may end up costing you more as time goes on.

Get what you need here: